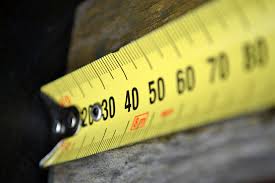 When working in the fashion and textile industry, many situations exist when we need to use some sort of conversion method.  For example, when developing a costing sheet in the United States, we may need to convert fabric weight from kilos to pounds.   If we are planning an international shipment leaving from the United States, we may have to convert our carton measurements from inches to centimeters in order to complete a proper packing list.  In addition, we may need to convert carton weights from pounds to kilos.  The Apparel Industry has many instances that require a method of conversion.  In this section of our website, we present a few tips to assist members of our industry.

Here is a good bit of knowledge...

To go from grams per square meter to ounces per square yard, you need to divide the number of grams/sq. meter that you have by 33.906.  This will give you oz/sq. yd.

Also, there is a very easy way to convert centimeters into inches.

United States customary units are a system of measurements commonly used in the United States. The U.S. customary system developed from English units which were in use in the British Empire before American independence. Consequently most U.S. units are virtually identical to the British imperial units. However, the British system was overhauled in 1824, changing the definitions of some units used there, so several differences exist between the two systems.

The International System of Units (abbreviated SI from French: Le Système international d'unités) is the modern form of the metric system and is the world's most widely used system of measurement, used in both everyday commerce and science.

Below are a few helpful conversion websites:

Metric Conversion in Java Script: The tools on this site include length, weight, and pressure conversion calculators.

Metric Conversions: The metric system originated in France in 1799 following the French Revolution although decimal units had been used in many other countries and cultures previously. Although there have been many different measurements and the definitions of the units have been revised, the official system of measurements of most countries is the modern form of the metric system which is known as the "International System of Units".

NIST Handbook 44 - C - General Tables of Units of Measurement To improve the accuracy of measurements, enhance consumer protection, foster fair competition, and facilitate economic growth and trade through technical activities that promote uniformity in national and international legal metrology laws, regulations, standards, test procedures, and enforcement. This tool is a ready reference of tables of units provided by the National Institute of Standards & Technology.

Weight, Measures & Standards - US Code 15 - Commerce & Trade: The Weights and Measures Division promotes uniformity in U.S. weights and measures laws, regulations, and standards to achieve equity between buyers and sellers in the marketplace.